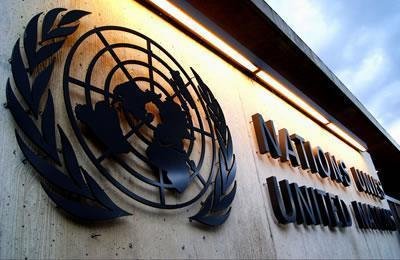 Thursday, February 4, the UN Committee on the Right of the Child condemned the Iranian regime for the rising number of child marriages, discrimination against girl children and laws that do not criminalize sexual relations with girl children.

The panel called for increasing the legal age of marriage to 16.

The following report was written by Ms. Farideh Karimi, member of the Women’s Committee of the National Council of Resistance of Iran, who attended the Panel’s meetings.

The Convention on the Rights of the Child was adopted in 1989 and became binding in 1990. Some 99 countries including the Iranian regime signed on to this convention. Unfortunately, however, Tehran did not implement it.

The Convention on the Right of the Child has 54 articles and two optional protocols which provide a specific definition of the Child.

The protocols are about trafficking of children, child prostitution, and other forms of abuse of children in armed conflicts as well as their forcible conscription under 18 years of age.

The first article of the convention considers everyone under 18 years old as a child. You can, therefore, see how much the convention is in contrast to the laws of the clerical regime.

In fact, based on this convention, no child must suffer any discrimination. All children must enjoy the right to life and growth, and they must be able to freely express their opinions and beliefs.

The Iranian regime had once reported to the committee in 2005 and since then, this was the first time that it appeared before the committee.

The Committee on the Right of the Child convened on January 11 and 12, 2016 and probed the situation of children in Iran for six hours.

The Iranian regime had sent a 12-man delegation to the committee’s session. They had worked a lot to mislead the Committee members and experts. They did not answer the main questions and dodged giving any specific answers.

The Committee comprised of 18 experts, some from Islamic countries, had a very good command of the laws.

They were also apprised of the situation of children in Iran through reports of the human rights agencies and UN organs. They asked representatives of the Iranian regime to answer questions about executions of minors, child marriages in Baluchistan and Kurdistan, and especially the rights of girl children, etc. Tehran representatives brought up the issue of culture and religion to justify rights violations in Iran but the trick did not work since some of the committee’s experts were from Islamic countries.

On February 4th, the committee released its final report which includes 99 paragraphs and censured the Iranian regime for violating international standards on the rights of children. Reuters reported:

Iran must reform its laws that allows girls as young as nine to be executed for crimes or forced into sexual relations with older husbands, a United Nations watchdog said on Thursday.

“The age of criminal responsibility in Iran is discriminatory, it is lower and lower for girls, that is to say, 9 lunar years while for boys it is 15. At nine a girl can marry, even if the law sets the age at 13,” said Hynd Ayoubi Idrissi, a panel member. Nine lunar years in the Iranian calendar is equivalent to 8 years and nine months, a U.N. spokeswoman said.

“The Committee is seriously concerned about the reports of increasing numbers of girls at the age of 10 years or younger who are subjected to child and forced marriages to much older men.”

Girls suffered discrimination in the family, in the criminal justice system, in property rights, and elsewhere, while a legal obligation for girls to be subject to male guard6ianship is “incompatible” Tehran’s treaty obligations, the panel said.