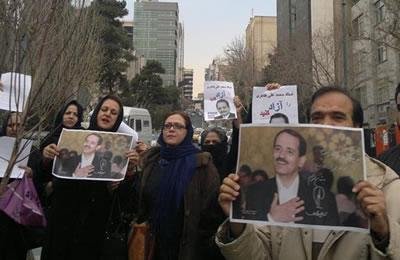 Followers of prisoner of conscience Mohammad Ali Taheri gathered outside Evin Prison to defend their leader.

Two persons identified as Nahid Assadi and Shahdad Salehpoor were forcibly pulled out of their car by security forces, beaten up and arrested as they intended to leave the place.

February 7, was the last day of Mr. Taheri’s jail sentence and his followers expected his release.

Iran: Mothers, families of martyrs and political prisoner on trial