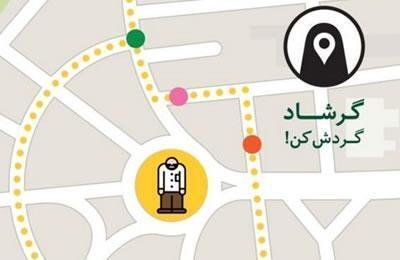 From now on, Iranian youths will be informed of the Guidance Patrol’s location by a newly-innovated mobile application.

“Garshad” app was distributed and widely wellcomed especially by youths. The application will show the position of Guidance Patrols in the streets of different Iranian cities and it is updatable by the users.

The Guidance Patrol which is basically tasked with harassment of women under the pretext of mal veiling stopped and gave warnings to at least 3 million people during the Iranian year 1392 (March 2013 to March 2014), to observe “the Islamic dress code.”