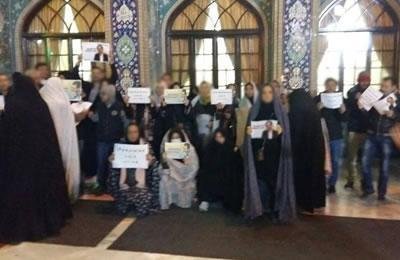 who is a prisoner of conscience held in Evin Prison, despite having finished his five-year sentence on February 7.

His followers staged their protests in Khomeini’s mausoleum as well as in the Holy Tomb of Imamzadeh Saleh, located in Tehran’s Tajrish Square. The atmosphere in Khomeini’s mausoleum became turbulent as security agents moved in and violently arrested 15 of the hunger strikes and protesters, including women, to break the protests.