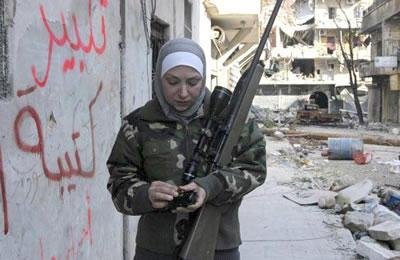 Simultaneous with the increase in Russian bombardments of the people of Syria in Aleppo and stepped up attacks of Iranian-backed militias,

brave Syrian women started organized military opposition against the Syrian regime. “The Silk Group announced that a battalion consisted of girls and women fighters is formed to confront the attacks against the northern suburbs of Aleppo”.