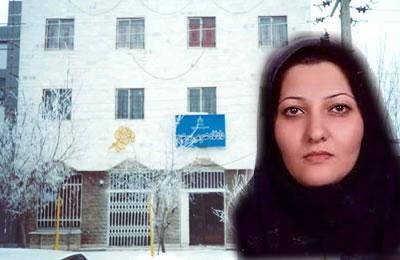 Mrs. Roghieh Alizadeh, wife of imprisoned civil activist Abbas Lessani, has been summoned to the Public and Revolutionary Prosecutor’s office of Ardabil, upon a warrant issued on February 15, 2016. She has to report in within five days.

There is no mention in the warrant about the charges or the reasons for summoning Mrs. Alizadeh but she believes it is because of her dissemination of information about her husband’s conditions. Earlier, she had been summoned on the phone but she refused to go and said she needed a warrant in writing.

Abbas Lessani, a Turkish (Azeri) civil activist and father of three, was arrested on September 10, 2011, in Ardabil following the protests to the drying up of Orumiyeh Lake and on the charge of “disseminating anti-government propaganda” and “formation of a group to sabotage the country’s security”. He was transferred from Ardabil (northwestern Iran) to the southern city of Shiraz where he is not able to have visits by his family.