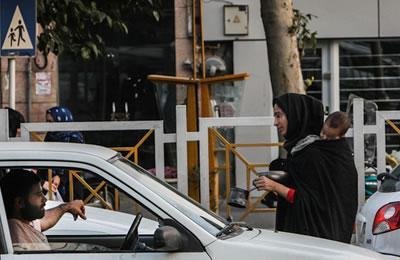 An expert studying social illnesses in Iran said begging has become increasingly common among women and these female beggars have children who do not have any birth certificates.

“Alongside migrants in Tehran, there are individuals the majority of whom are female beggars. The character of these women changes in the process of begging, and they change from mere women to mothers because having a child is necessary for begging, even if the child is rented!” said Majid Abhari.

Noting the fact that most of these children have no birth certificates, Abhari emphasized: “There is no way to prove that the children actually belong to their mothers.”