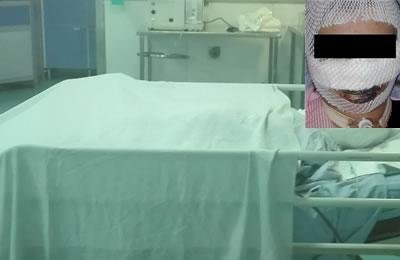 A young woman was given the wrong gas instead of Oxygen after giving birth to her twins in a Tehran hospital.

The news has just recently leaked out that on the morning of January 17, 2016, a young woman refered to Tehran’s Chamran Hospital because of having pain. Doctors in the emergency room diagnosed that she needed to undergo C-section, so they had her taken to the operation room.

After giving birth to healthy twins, the mother was in need of receiving Oxygen, but she suffered severe burns as soon as the Oxygen mask was put on her face because she had been given N2O and CO2 instead of Oxygen.

The state-run Fars news agency reported that the mother was in coma for a whole day before coming to and is now being treated in the burns ward of Chamran Hospital. She has suffered serious burns in her lungs and respiratory tubes.