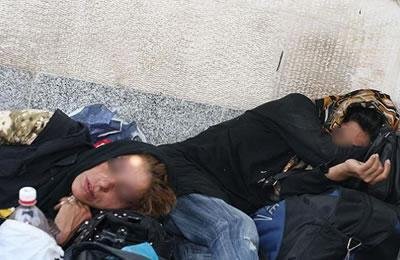 Iran: Tehran’s women and children are not in good condition

“Women and children of the city are not in good conditions and most of them are vulnerable to social harms,” Tehran’s City Council member Fatemeh Daneshvar admitted.

She added, “These individuals are mainly from weak social sectors and their numbers increase each year. From March 2013 to March 2014, for example, the number of people sleeping in the streets was 12,000, with 3,000 of them being women and children.”

“Recently, the number of women begging in the streets has increased and I believe it is due to economic problems. Unemployment accompanied by soaring inflation and prevalent recession among financial companies, have brought about these social problems but we do not hear many people address these issues,” Daneshvar added.