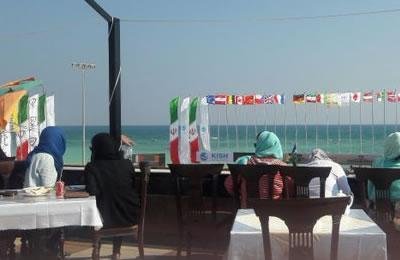 Although Iran’s Volleyball Federation has made commitments to FIVB not to prevent women from attending the games,

security forces in the Tourist Island of Kish did not allow women to enter the stadium where the FIVB Beach Volleyball World Tour was being held.

Fifty-six teams are taking part in these games from 24 countries.

“There was an agent standing outside of the stadium saying you are not allowed inside,” a woman said.