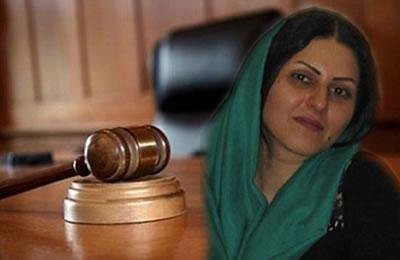 Golrokh Ebrahimi was sentenced to six years imprisonment. The verdict was issued on Sunday, February 21, 2016, by the 54th Branch of the Revision Court and their lawyers were informed.

Security forces arrested Golrokh and her husband Arash Sadeghi along with two friends in Arash’s office on September 6, 2015, subsequently raiding their homes and confiscating their belongings.

The activists are facing charges such as “gathering and collusion against the regime”, “insulting the founder of the Islamic Republic”, “organizing a group”, “anti-government propaganda” and “insulting the sanctities”.