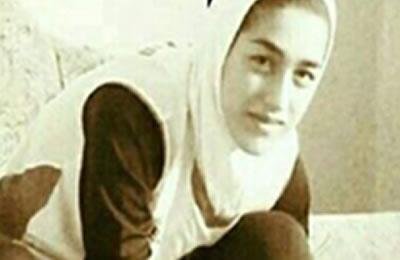 Fa’ezeh Ghazipoor, a high school student and member of volleyball youth team, was killed in the northern city of Neka.

She went to an apartment to purchase energy pills but the seller had a different plan. When the young girl realized, she started crying out and making noise in an attempt to escape the scene.

People hearing the noise gathered around the building before witnessing the strange scene of the national team member throwing herself down. The young volleyball player lost her life in Sari’s hospital.

The state media announced three unnamed individuals were arrested in connection with this incident without giving any details.

From Kashan in solidarity with International women's day