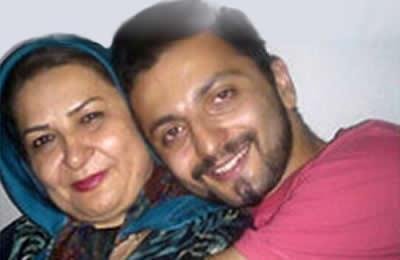 The mother of a jailed activist protested her son’s conditions and demanded immediate clarification of his legal status.

Shayesteh Sadat Shahidi is the mother of Ali Shariati, an activist currently detained in ward 8 of Tehran’s notorious Evin Prison. One year after his apprehension, he remains in limbo and under so-called temporary detention. He has been never informed of extension of his temporary detention.

Shariati’s mother said, “It has been a year since they raided our house and arrested my son. But he continues to remain in temporary detention! Where in the world does temporary take one year?”

She continued, “In the court, they charged Ali with “assembly and collusion”. His other charges are “anti-government propaganda”, “insulting the leader”, “insulting the president” and “possession of satellite”.

“When I followed up on his case, I was told that the judge has not yet issued his ruling,” Mrs. Shahidi complained of the bureaucracy. “When I go to follow up on his case, the office manager says the ruling is being typed. Then when I call they say it is not being typed, but they are waiting for the judge to answer!” (February 20, 2016)