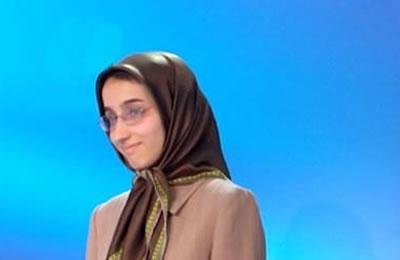 Iran-women: I want to be human – Pariya

Interviewer: This week we will get acquainted with a young Iranian woman by the name of Pariya.

The meaning of Pariya in Farsi is ‘little girl’. She is 18 and she escaped Iran six months ago before getting arrested due to the confrontations she had with the ruling regime. She left behind her father who is a political prisoner in Iran.

Pariya: “As a girl growing up in Iran, when I was very young I wished I was a boy because of the restrictions imposed on girls. I wanted my hair short, and etc. But when I grew up I realized that the problem is not in being a girl or a boy, because the boys don’t enjoy freedom either. Then, I wanted to be a human, a human. My father taught me this from behind bars, and now I want to act based on what I learned from him.”