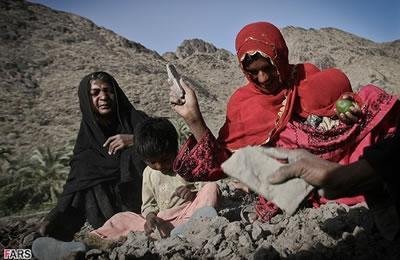 “We have a village in Sistan and Baluchistan province where all men have been executed but the families do not receive any support.”

This is part of the remarks made by Shahindokht Molaverdi, presidential deputy on Women and Family Affairs. In the interview, published by the state-run Mehr news agency on February 23, 2016, Molaverdi attempted to shed light on the conditions of women whose husbands are imprisoned or executed. However, she ended up revealing the savagery of the regime in destroying the male population of an entire village. And of course, the situation of the survivors, the wives and children who remain without any support.

Rouhani’s deputy also revealed, “There are numerous instances when the father of the family is imprisoned for drug-trafficking or any other crime and his property is confiscated as ordered by the law. While a small apartment is the only shelter for the man’s wife and her children. The question is what is this woman going to do with three children? The answer is not important to the law enforcement system.”