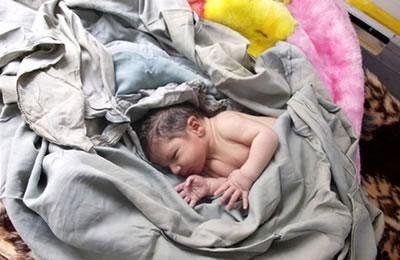 I Wish My Mother Had Killed Me in Her Womb….

A report from the sale of unborn babies in Iran

What follows in this report is not just a commentary of an unpleasant event.

This is a report of a revolving, horrendous and tragic fact of life under the mullahs’ regime in Iran. The fact that there are babies in Iran who have been sold even before they are born. This is the story of Iran under the mullahs; sale of unborn or newly born babies …

Women are the most vulnerable social group in Iran and have naturally become the main selling point for babies. The trade starts with someone announcing the sale and then the buyers will start with their offers.

Last year 780 addicted women died on the streets. What would have happened to their babies if they were pregnant?  Such a wide source of supply will have a proportionate demand.

Not all the babies are adopted by infertile couples.  Those who are not bought or adopted by barren couples often have a dreadful fate. Most of these babies are HIV positive before they are born. Many are born prematurely or very weak or with disabilities, as a result of the physical conditions of their parents.  Most of these babies are sold to become the future beggars. Some of these children are deliberately blinded or disabled by gang members, to make them look more miserable when begging. Some of these babies become victims of those who trade human body parts. Therefore many of the babies do not survive these initial abuses and lose their lives. As if one can read in the eyes of such babies: “I wish my mother would have killed me in her womb”…

The solution to this catastrophic problem is neither boycotting the beggars with children, nor arresting them. The problem needs to be evaluated at its source and the supply chain, which is the socio-economic conditions of the families and the impossible, hopeless conditions created for women under the mullahs’ regime. Note the following pieces of news;

In a hospital in Yaftabad, Tehran, a mother gave birth to twins, but was unable to pay the hospital bill. The nurses took one of the twins’ hostage for 27 days to force the mother pay the bill in full. The mother had paid 1.7 million tumans (about $500), but the hospital demanded $2000 because she had twins.

The mother had to sell all her possessions to be able to release her other child. What would the mother do if she did not have the money? She could be a supplier.

A nurse mentioned that in some hospitals, there are middle men who pay the hospital bill as the first installment for the child. He could be the market or the demand. According to the same nurse, very young mothers sell their children after getting an offer during their last days of pregnancy.

The root of the problem lies in the deliberate and purposeful mistreatment of women.

The corrupt Iranian welfare and social security system has no protective plan for the homeless or widowed women. Tragically, in the Islamic Republic of Iran selling babies has become a way of providing for basic daily needs. The unprotected women sell their children as the last resort to find some income to feed other members of their families or simply hoping their newborn can have a better life than what they do.

The Iranian government gathers its forces and organizes attacks on women to correct the way they dress or look, but does not spend the people’s money on the welfare of women and children. The oppressive Iranian government is fully aware of the potential power of women in the society, and therefore tries to evade that threat by oppressing women in any possible way.

The ray of hope for these subjugated women shines from the lines of the Iranian Resistance that is being powered and led by women for many years.  The fact that women can function, lead, organize and    fight against the misogynist mullahs, empowers Iranian women and gives them hope for a brighter future. Hope for a new day, when all the newborns in Iran would open their eyes to a promising, bright and shiny prospect.

Prominent UK women’s rights activists: Women in the West urged to stand with their sisters in Iran