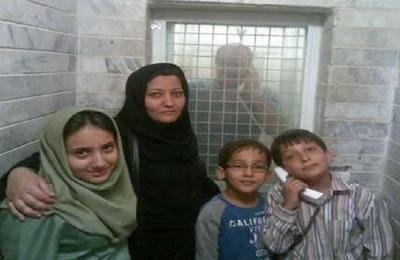 Roghieh Alizadeh, wife of political prisoner Abbas Lessani, was summoned again to the Prosecutor’s Office and the Revolutionary Court of Ardebil on February 26,

along with her two sons. Roghieh Alizadeh was summoned as the main person accused and her sons as persons who were informed about the “crime”.

The family said the prosecutor asked irrelevant questions and they refused to sign the court papers.

Mrs. Alizadeh had been summoned in early February and also once before by phone. She speculated that the summoning was related to her interviews, informing the media about the situation of her husband.