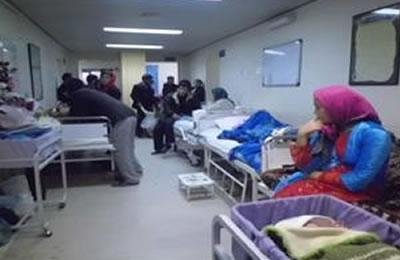 A young woman lost her life in Chalous’s Taleghani Hospital while giving birth.

The 24-year-old woman was trying to have a natural delivery but after a few hours of tolerating the pain, it became clear that she could not deliver naturally. Her family, however, did not afford the cost of a C-section, so the doctors sufficed to give her some injections and take her for natural delivery.

After 18 hours of enduring pain, the young woman was sent to the surgery room where she went into coma and passed away two days later.

Mohammad Ismaeel Motlagh, general director of the population’s health office in the Ministry of Health, admitted that “every 24 hours, a mother loses her life while giving birth.”