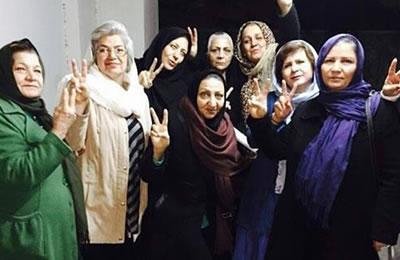 After Mrs. Sholeh Pakravan announced that she would not vote for murderers whose hands are stained with the blood of Iran’s best children, other mothers

who have lost their children at the hands of the regime followed suit and announced that they would also boycott the sham elections.

Mahin Shahinfar, mother of Amir Arshad Tajmir who was ran over by the security forces’ car in 2009 during the uprising, posted a picture with her brave son and wrote, “For my combatant son, I will not vote”.

Shahnaz, mother of Mostafa Karim Beigi who was shot dead by security forces in the course of the 2009 uprising, also wrote: “Mother of Sattar, mother of Neda, Mother of Karoon, mother of Saeed and…. I will stand beside these mothers and their children and will not vote to the list of murderers and criminals.”