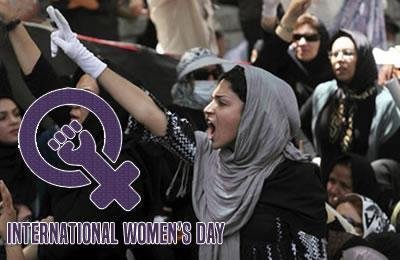 Is there a way out for Iranian women beset by so much injustice and oppression?

Is there a refuge for women who have been crushed by poverty, or for those who want to enjoy their human rights?

Can Iranian women choose and decide for their own future?

Or they must always have some man to supervise what they do?

Just because she is emotional, does it mean that she cannot make the right judgment?

Or just because she can give birth to other human beings and run the family, she cannot run any other entity?

Of course, the mullahs ruling Iran answer NO in response to all these questions, but what is the truth?

The truth is that freedom and free choice are inalienable rights of every woman as an equal human being.

Contrary to the medieval thinking of the ruling mullahs, a woman’s emotions can even help her better recognize injustice and oppression, tell right from wrong and do not engage in profiteering.

This is actually why the misogynous mullahs have not succeeded in 37 years to make Iranian women accept the mandatory veil despite numerous legislations and creation of 26 agencies and patrols that enforce the government’s dress code. Women have defied this anti-Islamic, unjust order which only violates their right to free choice, so much that the regime sees it as a national security threat.

This is why women have filled the universities and comprise more than half of the university graduates despite gender quotas, gender segregation, and numerous other restrictions and obstacles.

And this is why women are the force that pioneers regime change in Iran. They have rightly recognized that the only way out is the way of Resistance, remaining steadfast, protesting the government and demanding their rights. They have made the right judgment in recognizing their role models, who lead the nation’s liberation movement and have courageously rebelled against all the oppressive restrictions imposed by the medieval regime to bring freedom for their homeland and all its children, women and men.

In honor of the International Women’s Day, and in paying tribute to the valiant women of Iran, we started a series of articles listing the articles of the Ten Point Plan of the NCRI President-elect Maryam Rajavi for women. This time, we will study article 2 of the plan and compare it to the trampled rights of women in Iran, today.

The Ten-Point Plan for Women in Tomorrow’s Free Iran

Under the Iranian regime’s laws, women are officially declared as semi-human and sometimes, they do not enjoy any rights.

In accordance with the Iranian regime’s laws, a woman’s testimony in court has half the weight a man’s testimony. (Articles 199, 209, etc. of the Islamic Penal Code)

According to Article 382 of the Islamic Penal Code, if a Muslim man deliberately murders a woman, he will not be punished in kind (as called for by the principle of Retribution) unless the victim’s parents pay half of the man’s blood-money to his parents. While if a woman murders a man, she may be executed upon request of the victim’s parents.

According to Article 717 of the Islamic Penal Code, abortion is considered a crime and if a woman has an abortion, she must pay the blood money for the aborted fetus. It should be noted that fathers and grandfathers are considered owners of blood and they are entitled to the right to kill their children.

Article 301 states: Retribution is carried out if the perpetrator of the murder is not the father or grandfather of the victim.

Paragraph 5 of this principle legalizes an obvious discrimination against women in the most fundamental law of the country. Simply put, the paragraph states that despite all the endeavors of a mother for her child, the child’s custody first goes to the father, and then to the grandfather. If they were not in existence, and if the mother was qualified according to the mullahs’ backward criteria, then she could have custody of her child.

Moreover, based on articles 861 – 949 of the Civil Code on heritage, the wife and daughter’s share of heritage is half that of the husband and son.