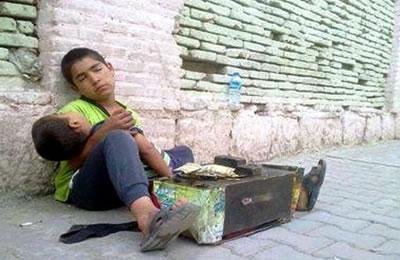 Iranian state officials frequently admit that poverty has taken on a feminine image. However, none of them relate women’s poverty to the regime’s misogynist policies

and the soaring unemployment rate for women.

Farahnaz Rafe’ii, head of the Red Crescent Volunteers Organization, announced on February 28, “Women who sleep in cardboard boxes in the streets rent their children 15,000 toumans ($5) a day for begging or sell them for 2million toumans (appx. $670).”