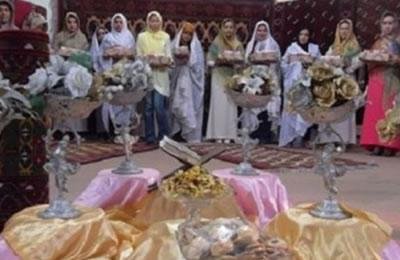 Two weeks ago Parsian’s authorities in the southern province of Hormozgan announced that 50 school girls were married in a collective ceremony.

Azar Khosravani, secretary of women’s marital affairs in Parsian, proudly announced, “All the wedded couples in this party were from secondary schools in the city who were invited to the ceremony with their families”.

Marriage of minor girls under 18 years of age has been institutionalized in Iran as the legal of age of marriage for girls is set at 13 and for boys at 15.