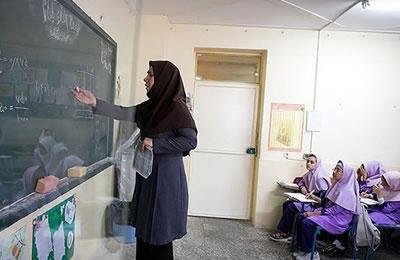 Rouhani’s Department of Education has already discriminated against women by setting a one-fifth quota for employment of women through the employment examination system.

After the exam, however, there have been even more obstacles preventing women from getting employed.

One the few women who passed the exam is a 24-year-old teacher with two children. She says, “Ten women in Hormozgan Province got passed in the exam. The authorities told them to go to Tehran and let men remain in the province as their numbers are greater. Meanwhile, they told us to pay 3 million tomans for the cost of the trainings and 500.000 toumans for boarding in a six-bed dormitory which we cannot afford.