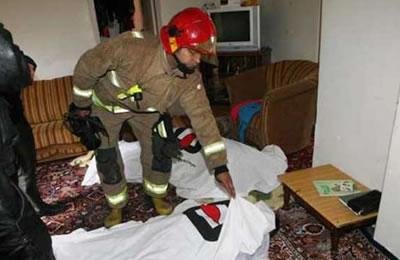 Three sisters between 43 and 50 years old committed suicide on March 1 by turning on the gas tap in their Tehran apartment.

They apologized to their family by writing a text on the wall.

Poverty, unemployment and economic problems as well as suppression of women and misogynist laws and policies are the main causes for women’s suicide.

“Suicide has increased in the country. We had successful 4,055 suicides in 2013”, said Ahmad Soja’ii, head of the regime’s forensic organization, without mentioning the number of women.