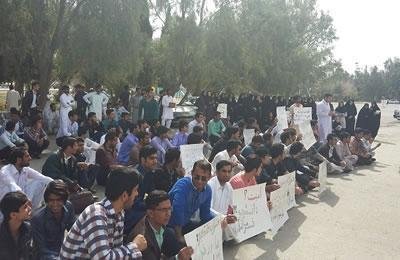 Students of agriculture and natural sources at the University of Saravan, in the south-eastern province of Sistan and Balouchestan, staged a rally on February 27, protesting entrance of an armed state-agent into the girl students’ dormitory.

More than 400 students gathered on the university’s campus demanding security for girls’ dormitory.

They continued their protest by marching to the Governor’s office and held another protest gathering there. Fearing spread of the protest, the Governor turned up and promised students to provide the dormitory’s security.