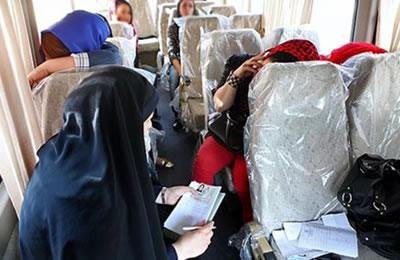 Detectives are going to be stationed in women’s sections of the inter-city buses in Isfahan.

The news was announced on March 2, 2016 by the State Security Force of Isfahan.

It should be noted that buses are gender-segregated in Iran.

Iran: Average of age of female heads of households drops to 35

Iran-women: Children above 2 years of age in prisons