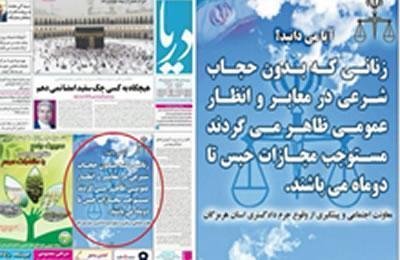 The advertisement read: “Do you know that women who appear in public without wearing the religiously prescribed veil are punishable by up to two months imprisonment?”