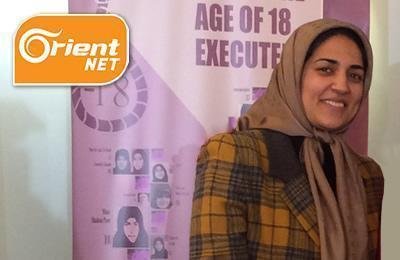 The Women’s Committee of the National Council of Resistance of Iran launched an exhibition at the European Parliament to show violations of women’s rights in Iran by the mullahs’ regime.

The exhibition was held simultaneous with the meeting of the Friends of a Free Iran inter-parliamentary group at the European Parliament. Orient TV reported on this exhibition:

An exhibition on violations of women’s rights was launched at the European Parliament to highlight the clerical regime’s policy of destroying the family and society as well as marginalizing of women in Iran.

Elham Zanjani: Since Khomeini took power in Iran, women have been deprived of all their rights. The first pressure brought on women was mandatory veiling and there were many other pressures in all parts of the society.

There have been a number of revolutions in Iran over the past 150 years, in all of which women have been in the frontline of confrontation with dictatorships. Now, we are speaking Rouhani under whom 2300 people including 63 women have been executed.

This struggle has been going on for 37 years. The situation has not improved at all. The regime has adopted a bill which allows men to marry their step-daughters. This is unprecedented in our history.

Farideh Gol-Darreh: Women are not entitled to same university education as men.

Elham Zanjani: These are girls under 18 years of age who were executed because they wanted freedom for Iran.

Maryam Rajavi, president for transitional period in Iran, also condemned EU’s position on human rights violations in Iran and the Iranian regime’s participation in the massacre of the people of Syria.