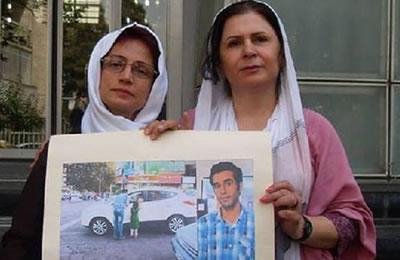 The deadline for objection to the sentence and demanding revision was March 12, but she declared, “My charges are totally different from what I have done. So, I do not recognize such a sentence and do not consider it as just or logical.”

In an attempt to secure her son’s release from prison, Mrs. Aivaz-zadeh had participated in peaceful protests in front of the Evin Prison and in other places while carrying her son’s photo.

She was once arrested in November 2015 and detained for some time, and on February 9, 2016, she was sentenced to 91 days imprisonment and 74 lashes for disrupting public order by participating in illegal gatherings.