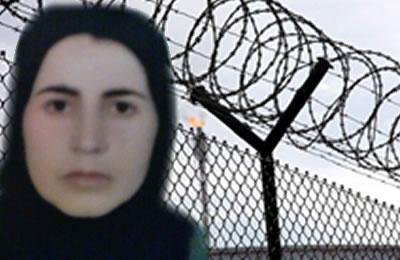 Qadrieh Qaderi, political prisoner detained in the central prison of Yasouj, is suffering from severe ear infection, harsh headache and numbness in one hand. She needs to be treated in a city hospital but prison authorities have prohibited it.

This is while the judge in charge of her case issued a medical leave and her family paid a 100-million-touman bail for her release.

Qadrieh Qaderi was arrested in 2010 in Orumiyeh and spent more than two months in solitary confinement under torture. She was sentenced to 7 years prison and exile in Sanandaj on charges of cooperating with Kurdish parties.

She’s a young runner in Gaza, and she refuses to give up the race