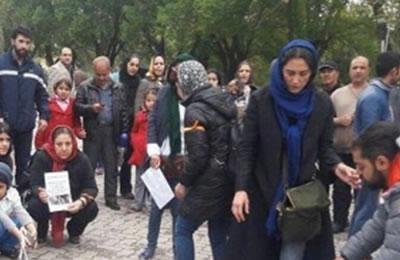 Iran: Women arrested in a gathering for animals’ rights and environmental protection

A number of environmental activists were arrested during a gathering April 1, 2016, at Tehran’s Laleh Park in defense of animals’ rights and environment.

The gathering was concurrent with the traditional celebration of the 13th day of spring marking the end of the Iranian New Year (Nowruz) holidays.

The gathering had been originally planned for 2 pm across from the parliament. However, the participants were dispersed by the State Security Forces and had to move to the Laleh Park.

In the park, plain clothes filmed the gathering and its participants from the beginning and subsequently arrested a number of the participants including an Iranian actress, Hediyeh Tehrani. They were taken to an unknown location in private vans.