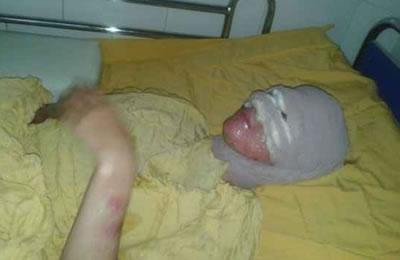 A young woman was attacked with acid in the evening of April 4, 2016, in Tehran’s Gol-ha Street. Neighbors who heard her screams took her to hospital to find out that her face and part of arms had been burnt in an acid attack.