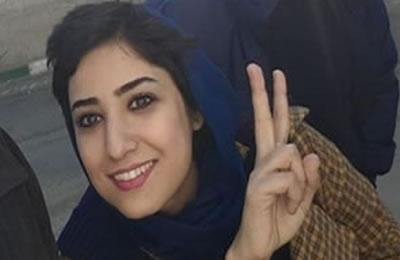 Iranian artist and civil activist Atena Faraghdani, held currently in the women’s ward of Evin Prison, remains in limbo and waiting her day in court.

The charges raised against this artist are “insulting MPs in her art work”, “assembly and collusion with the counter-revolution”, and “insulting the leader of the Islamic republic.”

Last year, after spending two months in a Revolutionary Guards jail, Faraghdani said her critical artwork were the main topic in her interrogations. The United Nations Secretary-General in a recent report referred to the detention and new file against Ms. Faraghdani. He criticized judiciary officials in Iran for their handling of this case.