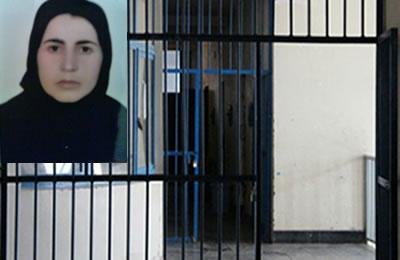 Kurdish political prisoner Qadriye Qaderi, held in the women’s ward of Yasouj Central Prison, is suffering from numerous infectious and orthopedic illnesses. However, she has been deprived of being sent to a hospital to receive treatment.

“Over the past few months, she was sent to a hospital outside the prison on two occasions, each time taking her with a chador and her hands in chains,” an informed source said. This led to her protests to such circumstances.

Qaderi was arrested in early 2011 in the city of Orumiyeh, northwest Iran, and held in detention for nearly two months. She was then transferred to the women’s ward of Orumiyeh Central Prison. This political prisoner is facing charges of collaboration with a Kurdish party and sentenced to 7 years behind bars in exile.