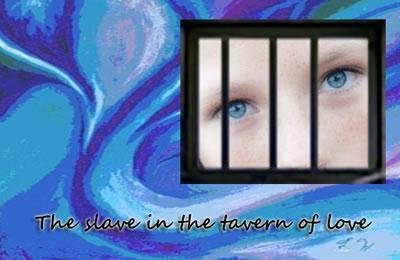 The slave of the tavern of love

We used to refer to her as “Blue”, because of the color of her eyes.  Her gaze, similar to the blue sky, was clear and pure.  Her heart was as vast as the blue oceans.

Her name was Sussan Salehi. The only daughter in her family, she was only 16 years old at the time of arrest.  It was strange how at such a young age she had so much experience with a high level of maturity; mature in her interactions, experienced in the sense of being sociable, as well as claiming responsibility for the welfare of those around her.  She was patient and resilient in the face of adversity.  She was able to tolerate unpleasant events even though she was suffering from a heart condition.  Her behaviours were not representative of her age in any way.

The very first time I saw her was in Gohardasht Prison, ward 14.  Sussan, along with 18 other brave women –all of whom were later executed in the massacre of 30,000 political prisoners in summer 1988—had started a hunger strike that lasted about a month.

During that period of strike, Sussan would sing to the group and keep the spirit high and lively, preventing others from feeling the intense amount of stress and tension that we were subjected to.

She had memorized more than 600 verses of various poems from famous Persian poets, even dating back to Rumi and Hafez.  Whenever silence would creep and fall onto our ward, Sussan would begin to sing a few verses, uplifting our spirits and bringing us back to the present.

In the midst of our hunger strike, we realized that we were going to be separated and transferred into solitary confinements.  We decided to choose nicknames for ourselves so that we could identify each other in our cells.  We gave Sussan the nickname of Blue.

We were transferred to Evin’s solitary confinements before the end of our hunger strike.

The solitary confinements for men were on the floor above us.  Blue and I had neighbouring cells.  She was rather a calm and patient neighbour, albeit a tired soul who seemed disturbed yet enduring the hardship.

Every evening, at the fall of dusk, Sussan would recite a few poems with her clear, loud, and expressive voice, singing through her cell’s window. We were all able to hear her voice, it could even reach the cells of our brothers upstairs.

It was an evening of an autumn day in 1987, when Blue’s voice rose and broke the gloomy, heavy silence.  I can even remember it was one of Hafez’s poems that she recited:

Ever since I became a slave in the tavern of love

Every moment sorrow comes anew to greet me

My eyes drink from the chalice of my heart’s blood

And yet, I deserve,

(i.e. a reference to the love of those enchained freedom fighter for the cause of their nation’s freedom)

Suddenly, the voice of one of the brothers was heard, uttering loudly a Turkish proverb, “Live freely, even if it’s a short life.”

And such was Sussan Salehi’s fate, the Blue of our solitary confinements; she lived a very short life, but she lived it freely and to the fullest.  She was eventually executed during the massacre of 1988 along with many others who also had freely chosen the same path.  She is now a role model and a symbol of freedom to all women in Iran; women who, whether in the cells and dungeons of this misogynist regime, or protesting and rallying in the streets of our homeland, are the forerunners of this movement, teaching to others the value of living a life freely.

Honour to the freedom loving Blue of our prison cells…