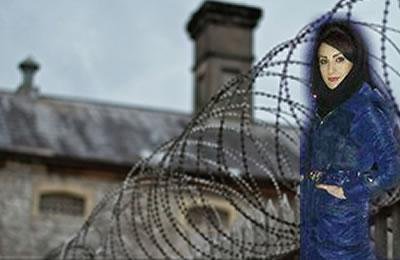 Sahar Eliyassi, 21, is detained in the Prison of Arak, Central Province, for her social network activities and “insulting the sanctities.”

Ms. Eliyassi was tricked to get out of her residence and subsequently arrested last December.

She had also been arrested once before for taking part in a workers’ protest demonstration in March 2015. Her charge at the time was “insulting the leader.”

Ms. Eliyassi is presently awaiting her court hearing for revision of her verdict.