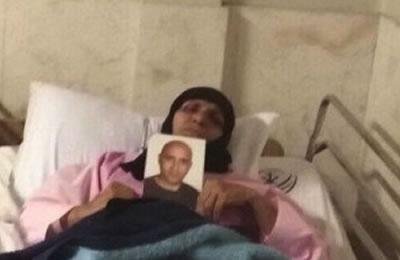 Security agents in Rassoul Akram Hospital intimidated the doctor treating Ms. Gohar Eshghi, to release her despite lack of improvement in her health.

Ms. Eshghi had suffered nervous breakdown and mild apoplexy due to psychological pressures on her and was hospitalized in Rassoul Akram Hospital under special care.

Her son, Sattar Beheshti, a dissident web blogger, was killed under torture by the Intelligence Ministry in 2013.

The doctor released Ms. Eshghi despite her frail condition on the morning of Sunday, April 10, 2016.