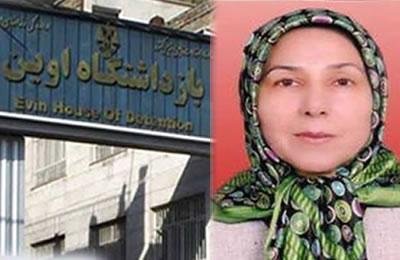 The physical conditions of political prisoner Sedigheh Moradi, who was also jailed during the 1980s, is reported to be dire.

She is serving her fifth year behind bars and facing physical problems in Tehran’s notorious Evin Prison.

According to her husband she is suffering from a torn meniscus, tendon and sciatic, among other problems. Despite the fact that Sedigheh Moradi’s physical condition is chronic and considered dangerous, she has been abandoned in her cell.

Moradi, imprisoned twice before in the 1980s, was arrested on May 1, 2011, and sentenced to 10 years behind bars and exiled in Gohardasht Prison of Karaj, west of Tehran.