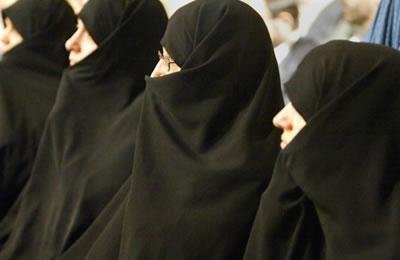 Iran’s women face a crackdown over veiling, as the country’s morality police have stepped up street patrols, prepared to arrest those not viewed as “veiling correctly”.

Since the beginning of the month, more “morality stations” have been set up around the country, with one woman reporting having her car impounded after her veil was deemed improper, or too loose, while there have been raids by the morality police around Tehran’s Vanak Square.

An employee of a Vanak Square restaurant told the National Council of Resistance of Iran (NCRI): “People have been arrested during this period in raids conducted on public places like restaurants. They are subsequently transferred to an unknown location by vans that are parked nearby for this purpose.”

Elaheh Arj, vice chair of the Women’s Committee NCRI, explained: “At least 64 women have been executed alongside at least 2,300 men in Iran during [President Hassan] Rouhani’s tenure. In recent months Iran’s regime has stepped up its crackdown on women for ‘mal-veiling’ and its morality police hound the streets to arrest women on the pretext of improper veiling. Iran’s first gender-segregated train, carrying only women, started rolling on 4 April 2016 between Tehran and Mashhad.

“While the world is pledging for parity and as the United Nations is planning to eliminate gender inequality and discrimination against women in line with UN Women’s Planet 50-50 by 2030, violence, discrimination and inequality are institutionalized in the Iranian regime’s laws. This is a regime that arrests and beats women for celebrating international women’s day and establishes more suppressive laws to marginalize women.

“It’s a myth when people say things have improved in Iran under the so-called ‘moderate’ President Rouhani. In fact, it’s the total opposite.”

The crackdown comes as Air France announced it is reopening its route to Tehran, with female cabin crew permitted to opt out of the route if they do not wish to cover their hair in Iran.

In addition, the first ever marathon in Iran banned women from entering, with those who applied online having their applications rejected.

Despite the ban on women entering the race, whose tagline was “real men run Iran”, took part anyway, running alongside the event and taking part in their own marathon.

Their ban on entering the marathon follows a similar rule preventing women from entering stadiums to watch football and a more recent rule preventing them from watching volleyball in stadiums.

Despite this, many women still attempt to enter stadium matches and participate in areas of society they are prevented from joining, often facing time in prison if they are found to have broken any laws to do so.