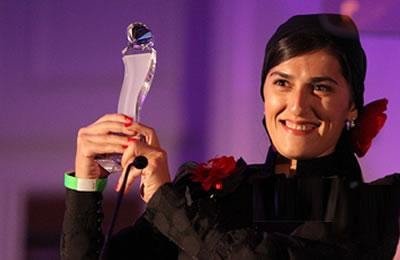 A young Iranian woman who was deprived of continuing her sports activities in Iran won an award as the world’s best stunt woman.

Mahsa Ahmadi, Iranian gymnast, works as a stuntwoman in Hollywood. For the first time, she won the Action Icon Award this year.

Ms. Ahmadi was a gymnastics champion for 11 years in Iran. She told the press, “In Iran, girls are not allowed to continue gymnastics after 18 years of age.” So she was forced to leave her favorite sport while at the height of her physical fitness.

Later, she found out about stunt jobs. She had to overcome numerous obstacles before starting to work as the first stunt woman in Iran. She said: “In this field too, I had many problems. Movie producers and directors initially did not trust me and said this is a man’s job.”

Ms. Ahmadi said, “I would work anywhere in the world where there is an opportunity to learn and work. For now, the situation here (in Hollywood) is good and I have a contract until 2018.” (State-run Arman newspaper – April 13, 2016­)

Marzieh Nabavi: We are the architects of future