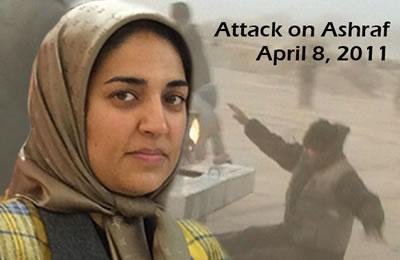 The parade of Western leaders, with their shared weaknesses.

Paris. Elham Zanjani has never been to Iran. Her parents left their home country in the 70s, and she was born in Montreal in 1978 and raised in Toronto. Though Zanjani speaks fondly of Canada, as a young girl she was troubled by the knowledge that far away, cousins whom she had never met were living a totally different sort of life.

“You always have in the back of your mind,” she says in an interview with Il Foglio. “How is it possible that I could grow up in a place where I could do sports, I could swim, I could think freely, go to the mall, listen to music, eat what I want and start building the future that I want – but my cousins, the same age as I was, didn’t have the same rights,” she says, noting that the girls had to wear full black chadors. Contact with loved ones in Iran was limited, due to the regime’s aggressive monitoring of phone calls.

The scar of Camp Ashraf

Zanjani’s concern for her relatives eventually blossomed into a desire to work with the Iranian resistance. As a college student in Canada, she was interested in physiotherapy, but instead of finishing her studies, left everything for Camp Ashraf, a city in Iraq near the border with Iran that was home to many political refugees and former prisoners of the Iranian regime. Though she initially expected her stay to be brief, Zanjani stayed for well over a decade, working at the local hospital and putting her language skills – in addition to English, she speaks French, Farsi and a bit of Arabic – to use as an interpreter.

“I got to improve my Farsi, and got to really understand my background much more,” she recalls.

A relatively peaceful life in Ashraf took a turn for the worse after U.S. troops pulled out of Iraq, and residents of the camp experienced several attacks from Iraqi forces guided by a prime minister, al-Maliki, who was sympathetic to the Iranian regime. Zanjani was directly hit by a grenade. Getting proper care for her extensive arm and leg injuries was complicated, and Zanjani eventually returned to Canada, where she recovered.

Today, she continues to travel between Canada and Europe, and works with the dissident National Council of Resistance of Iran, specifically with the group’s women’s committee.

From the French capital, Zanjani tells us that “there’s a general perception in the West that there’s so much moderation in Iran. There’s this idea that the situation has changed, and the doors are open for economic relations, and the doors are open for tourism. And unfortunately, what’s really going on is being ignored because of all these interests. They call Rouhani a moderate, but he’s the president who’s overseen the highest number of executions. And women’s rights have deteriorated drastically… The rate of human rights violations is going up, but everyone’s closing their eyes to what’s going on.”

Zanjani also comments on the choice of Italian officials to cover the statues of Rome’s Capitoline Museum ahead of Rouhani’s visit. “They shouldn’t have invited him in the first place. Because if democratic countries believe in democratic values, and if they accept the conventions against execution, the human rights conventions, they should tell the regime – they should have told the regime – that if you’re going to come here, or if you’re going to make international ties, there should be one condition on the table. That’s stop the executions, and fix the human rights situation in Iran. And then, if you have business on the table, we’ll accept the open doors and invite you. When this is not the case, then everyone is just giving in.”

The Italian prime minister was, just in the last day, the first Western leader to visit Tehran since the end of the sanctions.

“The issue for example of statues in Italy, when you put aside the funny part of it, the ridiculous part of this issue, then for the Iranian people this is only a sign saying that because of economic interests, the West is betraying their own humanitarian and human rights beliefs. And their own cultural beliefs. When the Italians decide to cover their own history because of this ridiculous person who is coming, how should we belief that they’re going to defend human rights values?” Zanjani says.

“Mogherini’s headscarf is different than mine”

When Western diplomatic women travel to Iran and wear a headscarf, what message do they send to Iranian women?

The most vulnerable people are always women. And it’s accepted – unfortunately, it’s accepted. And you know, the bad thing is people will say it’s a cultural issue, that the women of Iran, culturally or historically, have to wear the veil and so that’s that. But that’s not true; women in Iran suddenly became second-class citizens after the Iranian Revolution. After that, women were not allowed to travel. They were not allowed to have child custody. Everything changed. I would look at my mother’s pictures of her youth, and she was like Sixties, short skirt, you know. All of that, and then suddenly, the dark veil. And I asked my mom, ‘What is this?’ And she had no answer because it was so opposite of what Iran had been.”

“The hypocrisy is really strong. We strongly believe that every woman should have the right to wear what she wants to wear,” Zanjani says.

Zanjani wears a headscarf, although she does not live within the jurisdiction of an Islamic theocracy. We ask her to explain this apparent contradiction to us.

“I never used to wear it. I mean my family doesn’t wear it. My mother, my sister, they don’t. But myself, I decided to wear it because – first of all, I believe in it, it’s a personal issue that I believe in it – but also because we’re dealing with the Iranian regime, a regime that has used Islam in the totally wrong way, with the totally wrong image of Islam where it’s fundamentalist,” Zanjani explains. “I believe that with this headscarf I can defend my religious and cultural values, I can defend those who want to wear it and those who don’t, better.”

For many women, including Muslim women, the hijab is automatically associated with oppression, but this is not the case for Zanjani.

“For me it’s a way of visually identifying myself as a practicing, moderate Muslim. It’s to show the authentic Islam, a tolerant and democratic Islam. I associate it with freedom of choice. We believe that to fight against a fanatical Islam, you have to fight with the antithesis of it. You have to root out the cancer. And to root out the cancer you have to have the antithesis, the remedy, and the remedy is a democratic Islam, a tolerant Islam, which is the Islam that lives in peace and love and believes in brotherhood with Christians and other religions, and believes in equality,” she says.

The National Council of Resistance of Iran (NCRI) is one among many organizations against Tehran’s regime. What’s the group’s main focus?

“Until now, until the nuclear issue, we always said the number one threat is the Iranian regime having nuclear weapons. Now what we say is: Stop the executions,” says Zanjani.

This line of thinking has led the group to come up with alternative recommendations for Western leaders, such as, for instance, Federica Mogherini, the European Union’s High Representative for Foreign Affairs and Security Policy, and Matteo Renzi.

“They should go visit the prisons,” Zanjani says. “They should go and report what’s going on in Iran. Mogherini should go and aside from the official visits, she should go on an independent fact-finding mission to pressure the regime. She should go and visit the mother of Reyhaneh Jabbari, the 26-year-old woman who was executed for defending herself against rape. Her mother is courageously right now speaking against this regime, and she’s always under pressure. [Mogherini] should go and sit with this mother and officially ask the government why her daughter was executed.”

In the meantime, Iran is being promoted as a tourist destination. On this point, Zanjani has rather strong opinions.

“To these tourists I would say: watch out and don’t go, first of all,” she says. “Because under this regime, still now, so many people have been arrested. But when you go as tourists, you go on a tour, and you’re only going to that specific site and back to your hotel that’s under surveillance. You don’t go to that street where there’s the crane with the body hanging from it, you don’t see that, because they won’t take you there… You’re only taken to specific places where the regime has surveillance.”

And what does she think of the case of Air France, which first instructed its female flight attendants to wear a headscarf on flights from Paris to Tehran, and then told them that they could opt out of working on those flights if they didn’t want to cover up? Is this enough?

“No, I think it’s giving in to the regime still… I support the women who believe that this is not right… This is a wrong message,” Zanjani says. “It’s emphasizing the suppression inside of Iran, where a foreigner has to abide by the regime’s oppression. Look at what they’re doing to their own people. It’s only saying, ‘Continue! Continue!’ I just think the strongest message would be, ‘Don’t forget about human rights. Don’t ignore it, because people deserve to live in freedom.’”

In conclusion, we ask the young woman how she feels about the fact that, the way things stand now, she will never be able to visit the country of her origins, Iran.

“But the people of Iran haven’t given up. And that’s the most important thing.”