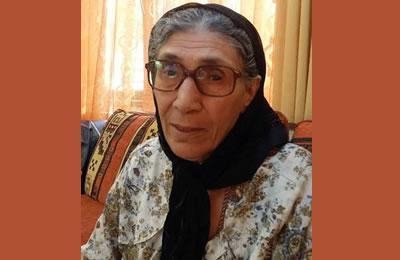 Iran: An exemplary woman dies at 79

Ms. Massoumeh Koushki passed away at the age of 79 in Khorramabad, the capital of Lorestan Province (western Iran), after years of opposition to the ruling clerical regime.

Ms. Koushki, also known as Mother Dalvand, was a great supporter of the Iranian Resistance against the Khomeini regime. After the overthrow of the Shah and the anti-monarchic revolution in 1979, her children became acquainted with the PMOI opposition and got involved in their peaceful activities against the newly-established fundamentalist regime. She was also a supporter of the movement and accepted great hardships to help them.

In 2001, Mother Dalvand went to Ashraf, Iraq, to visit her children, but was arrested and tortured for months upon returning home.

In the years following the US invasion of Iraq in 2003, she went to Ashraf again and took with her young men and women from Lorestan and helped them join the opposition. She also contributed a lot to the movement, and even sold out her house to give financial support to the PMOI.

The Iranian Resistance’s President-elect Maryam Rajavi expressed her condolences to the people of Khorramabad upon the demise of Ms. Koushki and said, “She was truly an example of Iranian women’s perseverance against the religious dictatorship ruling Iran.”