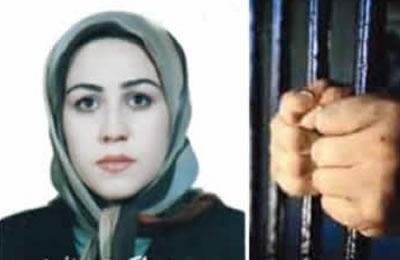 The case of Maryam Akbari Monfared is currently under review at the Iranian Supreme Court.

Mrs. Akbari Monfared is a political prisoner incarcerated in the women’s ward of Evin Prison. Mother of three girls, she was arrested in December 2009 during the uprisings. She has been suffering from a number of illnesses but officials have prevented her from being visited by specialists outside the prison and she has never been granted any leaves.

Akbari Monfared was arrested January 2010 after the late 2009 uprisings.

Mrs. Akbari’s three brothers and one sister were executed in the 1980s by the clerical regime for cooperating with the opposition PMOI.