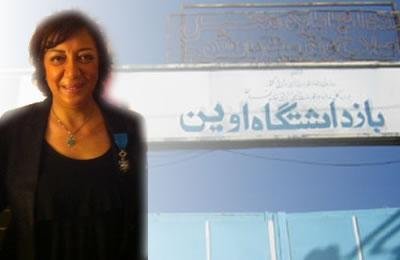 Nazak Afshar, a French Foreign Ministry employee in Paris and a former employee of the French embassy in Tehran, was transferred to solitary confinement on April 13 for interrogation.

She was interrogated everyday for several hours during which she blacked out several times.  However, instead of taking her to the hospital the agents resumed the interrogations every time she came to.

Nazak Afshar has a dual French-Iranian citizenship. She was arrested on March 12, 2016, upon arrival at airport in Tehran where she had intended to visit her ailing mother.