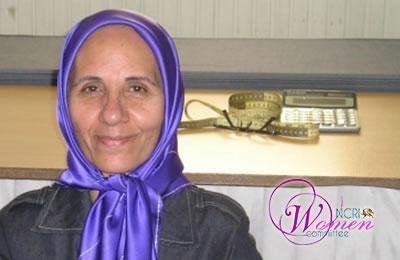 I was looking for a true representation of Islam, since I was a young girl. I was searching for an entity that could help bring freedom to society, eradicate oppression of women and allow them to speak, dress and work freely.

I was introduced to such an organization by my brother Golam-Ali Sadeghi.  In those days it was hard to believe that my wish would one day come true, but I found out later that my brother was right.  I discovered it by myself when I went for the first time to one of the offices of the People’s Mojahedin of Iran (PMOI/MEK).

I was 20 years old when I started my activities with the PMOI. I worked with my friends in the poor neighborhoods of South Tehran and aided the needy families. I was deeply distressed and heartbroken when I found a family who had almost nothing. Then, I decided to use my savings to help them build a new house. Despite passage of so many years, I still remember their happy smiles…

On October 17, 1981, my house was raided by government forces. At the time, I had two daughters, an 8-year-old and a one-year-old. The revolutionary guards pointed their guns at me in front of my children and forced me into their vehicle, while my daughters were crying and screaming in horror and despair.

I was taken to Evin Prison and placed in solitary confinement. For six months I saw nothing and no one but the cold and dark walls of the solitary cell.

One of my roughest memories is when I was permitted to see my younger daughter for the first time after my solitary confinement was over.  The visit was done in a cabin and I could only see her from behind a glass wall. The wardens did not let her give me the flowers she had brought for me. I remember watching from behind the glass my daughter weeping without being able to do anything. Her tears kept falling on the flowers she so desperately wanted to give me…

Shortly after that, my mother was also arrested and a while later I tragically lost my father.

I had been sentenced to two years and my father was doing everything in his power to make sure I would be out after two years because there were many instances that prisoners were not released after finishing their sentences. To torment my father, prison officials told him that I would remain in prison and put on another trial. That night my father suffered a heart attack and we lost him forever.

After I came out of prison, I started a small clothing design and production company to earn a living. Now, after coming back to my organization (PMOI), I design and sew clothes for my sisters here at Camp Liberty.

This time, I am sewing battle gears. I sew clothes and uniforms for women who fight and stand up to a regime that showed me its real face when I was behind bars.

It was through those cruel experiences that I came to know the true meaning of love for freedom and find the determination to fight against the darkness of the mullahs’ dictatorship.