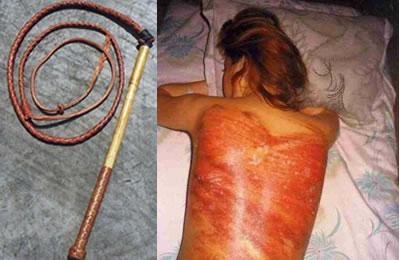 Iran: Public flogging of a woman

A woman was flogged this morning, April 27, 2016, in public in the city of Golpayegan, in the central Iranian Province of Isfahan.

The unidentified woman had been arrested and imprisoned four years ago on the charge of complicity in the murder of her husband and illicit relations with another man.

She was sentenced to 15 years imprisonment and 100 lashes of the whip to be carried out in public. The sentence was carried out today according to the state-run seratnews.ir.