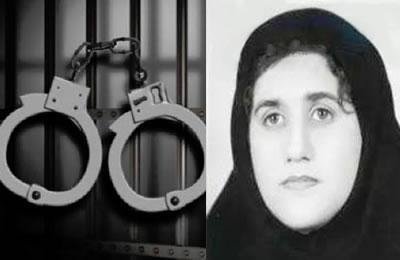 Kurdish student activist Afsaneh Bayazidi was arrested for the third time by agents of the Department of Intelligence in Boukan, West Azerbaijan Province.

The agents of the Intelligence Department of Boukan raided Ms. Bayazidi’s residents at 11 p.m. on Thursday, April 21, 2016, without presenting any warrants.

The 30-year-old woman resisted being arrested and demanded to see the agent’s legal warrant, but she was taken away by force to an unknown location before her mother’s eyes who suffered a heart problem.

Ms. Bayazidi had previously been arrested in November 2013 and spent two years in prison, then she was released on a 100-million-touman bail.

In October 2015, she was arrested again. In December, the Revolutionary Court of Mahabad sentenced her to two years imprisonment and banishment in Kermanshah. Then in January, her verdict was suspended by the Revision Court. She had been accused of “propaganda against the government” through membership in a opposition Kurdish group.

Iran: Legal gaps and lack of support for women led to torture