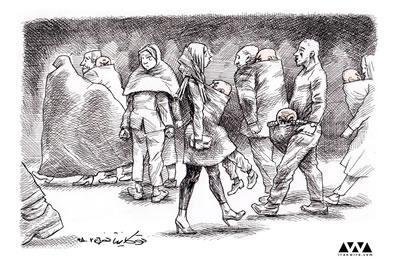 so much that even the regime’s agents and officials have been compelled to distance themselves from this abominable measure and make significant confessions.

In his remarks about the plainclothes agents of the Moral Security Police, Fazel Maybodi, a member of the Assembly of Researchers and Instructors of Qom, acknowledged that such repressive measures have not only not assisted the regime in reaching its goals but have had very adverse consequences.

Maybodi whose remarks were published by the state-run Tabnak website, on April 27, 2016, confessed, “Plainclothes agents tasked with controlling the public, whom people ridicule as anti-veiling patrols, will not lead to any good result but will have even worse consequences. In the past years, moral security agents have had special plans every summer, pouring into the streets and taking harsher measures each year, but they have never obtained their desirable outcome. One can say that each year the result has even been worse than the year before.”