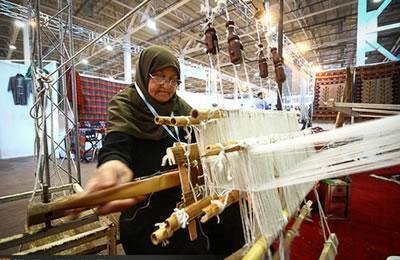 According to official statistics, female workers make up only 5% percent of the total number of Iranian workers. They are thus ignored and even deprived of their minimum legal rights.

Some of the so-called privileges considered for women in the Iranian Labor Law, are actually working against women discouraging employers from employing women to dodge the rules on maternity leaves and creation of kindergartens and child care centers at the work place.

“Women mostly work in services sectors. Most of the women working in these sectors are single-parents. Given the economic situation, high inflation rate and soaring prices, women constantly face the risk of losing their jobs when their workplace gets shut down. A female worker who weaves a rug over a year, receives 1 million toumans as salary which is about 100,000 toumans per month. This is a quarter of a worker’s minimum wage but since they badly need the money, they accept to work on such low wages. They are therefore exploited in this manner,” said Soheila Jelodarzadeh, a former member of the Iranian parliament.

Jelodarzadeh added, “Also the companies that hire workers on contracts, pay lower wages to women because they know women’s restrictions and their dire need to have a job. Often, the wages these women receive do not suffice to pay for the food and routine expenses of their families and they cannot provide for their families’ needs.”

Alireza Mahjoub, Secretary General of the Workers’ House, also admitted: “In factories and workshops, we see that women’s job security is threatened by marriage or pregnancy. Most companies refuse to hire women who have infants or small children. They readily dismiss or cancel their contract with any woman who delivers a baby. These are the various forms of discrimination against working women.”