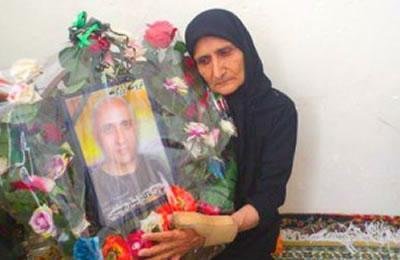 Gohar Eshghi, mother of the worker and blogger, Sattar Beheshti, who was slain under torture, sent a message on the International Workers Day. In part of her message, she said:

“Everyone knows that they killed my son, a worker, under torture in only three days for protesting against high prices, injustice, discrimination and the deep gap between the poor and the wealthy under a government claiming to advocate the cause of the poor and oppose the kings and the rich.

Instead of restituting the trampled rights of our country’s workers, this government seeks to suppress them most savagely, by raiding their gatherings and jailing their activists for long terms.”

“I congratulate this glorious day to all the toiling workers in my country, Iran, and all over the world. I believe that silence only encourages the wealthy and the ambitious, and makes life more difficult for workers. Therefore they should not ever relent their struggle against oppression.”